Having been off the international map for over 40 years, North Cyprus has returned to the forefront of smart investor minds since the UN’s attempt to reunify the island on May 1st 2004. Despite the fact that reunification attempts failed, North Cyprus hit the press which resulted in people starting to realise that there was a whole different side to Aphrodite’s island.

The southern half of Cyprus is far better known by British holiday makers and investors but is often criticised for having become over commercialised and very expensive.

The North, which is the more beautiful of the two regions, now poses a real opportunity for investment enthusiasts. It still remains an undiscovered secret, retaining natural beauty and Cypriot character with beautiful sea and mountain views stretching along the coast. Although there is something of a property boom in progress in the North, it is still highly undeveloped, offering prices approximately fifty percent lower than their equivalents in the south.

Potentially, returns can be upto thirty percent in one year, from plans to completion in the Kyrenia district, with healthy rental returns also, should you wish to keep the property for holiday lets during the summer season.

Property is no longer considered an ‘alternative investment’ but a way of reaching excellent returns on your initial capital.

We have many interesting and original investment opportunities available to our clients. Due to our connections with some of the largest developers and building companies on the island we are constantly kept up to date with the best investment packages and projects available.

Foreign investment is actively encouraged, and those willing to invest in North Cyprus can be sure of a positive government approach.

Leasing of land for extended periods at favourable rates.


Also deductible when calculating annual taxable profits are all travel expenses relating to promotions and marketing/advertising.

With reference to the registration of a company, the legal form widely used for business undertakings in the TRNC, by both foreign investors and local businessmen, is the private limited company. The provisions concerning the limited company are set out in the Company’s Law, Cap 113, which is almost identical with the UK’s Company Act of 1948. 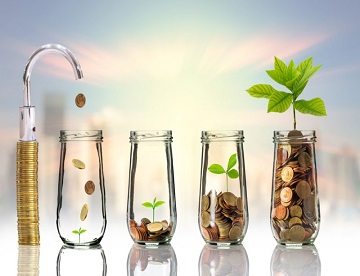 Permission is obtained from the Council of Ministers for foreign ownership of TRNC registered companies, usually within two or three months of application. The foreign ownership can be up to 49%, with the main share holder(s) being of TRNC citizenship owning at least 51%. A business permit is also required, which may be obtained from the Immigration Office - this is dealt with later on this page.

The TRNC is encouraging a policy of attracting foreigners to come and live and work in N Cyprus - in particular, to invest in businesses, especially within the tourism sector.

This, of course, opens up a multitude of trades and business opportunities, from travel agencies, transport companies (wether land, sea or air), hotels, bars, restaurants, holiday villages, tourist related services such as water sports, recreational land sports such as tennis, golf, horse riding and much more.